This Day in Celebrity Weddings: Prince Charles and Lady Diana!

Arguably the biggest, baddest, fanciest fete to take place in the 20th century, this royal wedding set the bar on just about every wedding of the 80’s.  Think you’re having trouble with your guest list?  This bride and groom had to move their wedding from Westminster Abbey to St. Paul’s Cathedral because the Abbey wasn’t big enough (which was big enough for all 8200 guests at Queen Elizabeth’s coronation in 1953).

Chances are that despite what your father may have told you when you were still in diapers, you are not an actual princess.  (If you are, then Thank you for reading my blog, your Royal Highness!)  But just because you’re not royalty, doesn’t mean you can’t say your vows like you are.  Just imagine dragging your 25(!) foot train down the aisle at the Cathedral Basilica of Saints Peter and Paul as a royal Philadelphia bride.

I would also recommend a wedding cake fit for a queen if you want the true royal treatment.  Clara’s Designer Cakes has a great photo gallery of kingly-cakes, including this photo below (which is one of TWENTY THREE cakes that Charles and Diana served at their celebration.)

For a royal wedding, the name of the game is EXCESS.  And there is nothing wrong with that.  At all.

Cake Off: The Beginning 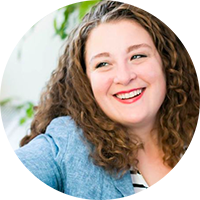